The Art Of A Skilled Pursuit

The pursuit of something you want can be an exciting prospect. For men, pursuing a woman can come with many benefits and a few pitfalls. At the recent KC Community Event in February 2016, both men and women shared their experience of pursuing and being pursued.

Rejection
The struggle is real for some and rejection is no joke for most men, especially when you are interested in a woman, to be turn down by her in the middle of your pursuit is enough to put most off from even trying. Some cultures can even drag the rejection out; specific reference was made to Nigerian women, with two attendees even doing an impromptu role play showing exactly how a Nigerian woman rejects her suitor.

“It’s a cultural thing, the ladies from Nigeria have graduated from the university of “how to reject a man””  said a male attendee.


So why would a woman reject a pursuing man?
For most women the art of pursuit is very much about the approach. The group however did agree that the Holy Spirit was central to the pursuit.

“It is how he approaches you”, one attendee said. “If a guy comes up to me randomly on the street and asks for my number, sorry I am going to say no.”

Others agreed. “Total stranger….ummm not sure really I would give my number to him.”


Too much choice?
In Christian circles there tends to be a 4:1 ratio of women to men, this leaves men with a lot of choice. Men have options, which can make it hard to decide who to pursue. But for most men the general consensus was once you have seen something that you like, you will go after that and pursue it with vigor.


Triple-Braided Cord
As followers of Jesus we should always remember we are not acting alone and when we do meet someone that the relationship is three-pronged. The relationship between a man and a woman is three-way, not just male and female but God is also involved heavily in the relationship. For women the pursuit of a man can be confusing and there can be mixed signals from men, as sometimes you may not be sure if they just want to remain friends. Men have to discern and if you chose the wrong one you could ruin two people’s lives. But fear not, always remembers what the Bible says about rejection and how to handle it:

2 Corinthians 12:9
“”My grace is sufficient for you, for my power is made perfect in weakness.” Therefore I will boast all the more gladly of my weaknesses, so that the power of Christ may rest upon me”


So should men always pursue?

Yes, of course! Men should ultimately pursue. Scripture makes it clear, He who finds a wife, not she. The woman is to be pursued. If the woman decides to pursue there is greater responsibility on her, if she does it could mean she will be taking the lead in everything?

Proverbs 18:22
He who finds a wife finds what is good and receives favour from the LORD.

Among the various roles assigned to men and women in the bible, men are assigned the role of leadership. This is true for the church and for family. It is not meant to mean that men are superior to women; it simply means that men are to initiate and women respond. Whether that means initiating courtship or marriage it is the role of the man to do this and what a worthy and privileged role that is.

Genesis 2: 24
That is why a man leaves his father and mother and is united to his wife, and they become one flesh.


What do you define as a good pursuit?
Man: When the women is cooking and has made me my first bowl of jollof rice (aka rice cooked in tomato stew). On a serious note, the pursuit involves getting to know one another. For men the pursuit is all about discussion. They will talk to other women until that particular woman shows herself to be a cut above the rest, the cream that is rising to the top.

Men are focused on the objective, women are focused on the process. The guys should take a lead in pursuing and stepping up; women need to be open to being pursued. Being direct about it helps. But before you pursue and marry, find relationships that are Godly. Men need to help a lady find out what they have to offer. And ladies… don’t think you are the only female he is talking to.

But a good guy with integrity, will only propose to one lady.

Hi, this is a comment.
To get started with moderating, editing, and deleting comments, please visit the Comments screen in the dashboard.
Commenter avatars come from Gravatar. 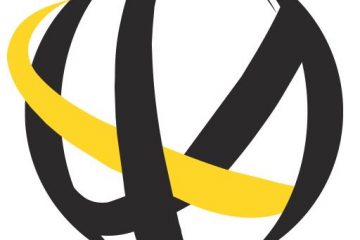 Essential Services – Christians Assemble! There are Vacancies that needs to be filled by YOU!In any time of Crisis and challenge there will always be those who rise to stand at the frontline for the rest, Read more… 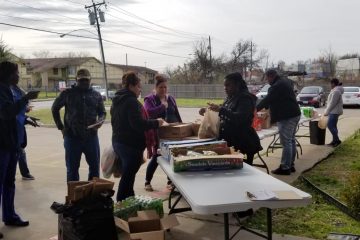 What if Local Christians (living, working, learning, leisur(ing) and worshiping in a local area) everywhere in the world can work together to take care of their community for Christ’s sake? At Kingdom Synergy Alliance, we Read more…